Malinda rowed with FHE Crew from 2013-2016 and went on to row for Clemson University in 2017 where she is currently competing.

Toby Buth was at University of Michigan (2014 National Champion)

Please submit your photo and tell us where you are rowing and/or have rowed after high school: 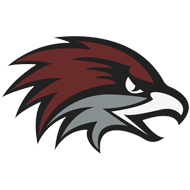 I love crew because…

“There’s not a star of the team or participation trophies, rowing is the sport in which everything is earned not by yourself, but together.”